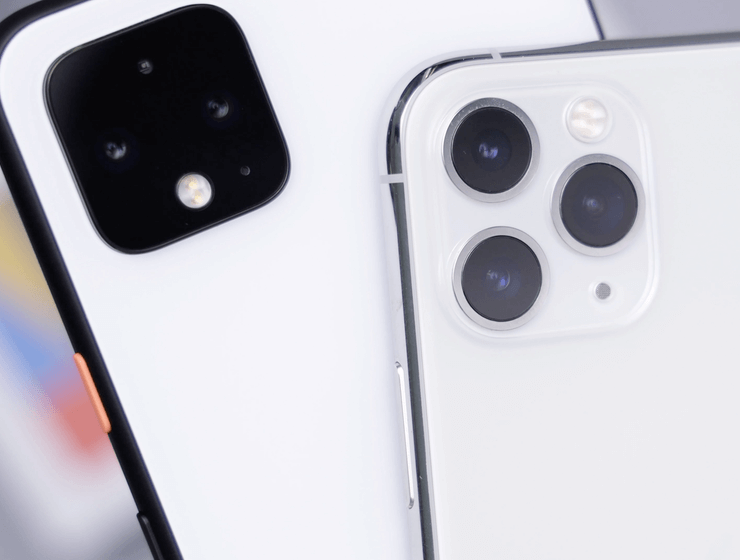 Android or iPhone for business

The smartphone has become the lynchpin of the modern workplace. Once used only for calls, text messages and emails, today, smartphones are extensions of the business. If your employees are going to be truly agile, you need to equip them with a phone that is reliable, user-friendly and secure.

“Which is better for my business, Android or iPhone?”

The smartphone market is divided into two competing operating systems: Android, which runs on phones built by Samsung, Google, Huawei and other manufacturers; and iOS which runs on Apple’s iPhones. In the last few years, both OSes have converged greatly in terms of features and even interface. Nevertheless, differences remain and we will try and find the best phones for business, hopefully without igniting a fan war.

What a business looks for in its mobile devices

The best phone for business will depend to a great extent on the needs of the organization. The basic requirements are:

Fortunately, most collaboration tools and mainstream software are now available on Androids and iPhones. Does that mean the iPhone vs Android debate in 2020 will be a little more subdued? Probably not.

iPhone better than Android – according to user base

According to a survey conducted in 2019, 50% of Chief Information Officers recommended iPhones, 29% suggested Android (the remaining CIOs suggested Windows Phone and BlackBerry – likely due to legacy reasons).

So iPhones are better than Androids at being business phones, right? Hold that thought. Organizations tend to deploy one type of device for their workforce. Since Apple was the first to market the iPhone, Android is still playing catch-up.

iPhone or Android – The best phone for business match-up

Round 1: iPhone vs Android – Security

Apple’s iOS software utilizes dedicated AES crypto and SHA-1 to bolster its encryption. Security also comes in the form of Apple’s ‘walled garden’ concept to how apps access data on the phone. Android approaches security with the same approach it takes for its user interface – customization. It allows complex password policies to be set and includes secure IPC and permissions frameworks. Android runs on the Linux kernel, which means potentially unsecure parts of the kernel can simply be removed.

Verdict: iPhone is better than Android

Make sure your managed IT service company in Toronto configures your company’s new Androids and iPhones before you use them.

Round 2: iPhone vs Android – Productivity

Productivity is hard to differentiate on either of the two phones because cross-platform apps have made Androids and iPhones equally capable. However, if you consider things like battery life, then the iPhones are resoundingly beaten. Most Android phones have larger batteries than iPhones and will outlast them in day-to-day productivity tasks.

Round 3: Android vs iPhone – App development and configuration

Apple is renowned for being a walled garden and that can hurt when it comes to deploying custom software. For rapid deployment of custom small volume apps, Android is the better bet. Moreover, Android phones offer a much deeper level of configurability.

Round 4: Android vs iPhone – Cloud integration

How well a device integrates with an organization’s cloud services can be a deal maker (or deal breaker). Fortunately, both Android phones and iPhones offer excellent cloud compatibility today. The latest software on both, Android 10 and iOS 13, offers deep integration with cloud services. However, Apple still leads the way when it comes to tightly incorporating cloud services into its operating system.

Verdict: iPhone is better than Android

The 2020 iPhone line-up starts at $979 (for the cheaper iPhone 11), and can top out at $2000. This puts iPhones firmly at the high end of the phone market. Flagship Android phones in 2020 can cost as much, but there is a vast selection of capable mid-range devices available too. If a business is deploying hundreds or thousands of devices, cost will become a huge factor.

And the winner is…

Android! The feature-set, configurability and real world performance (not to mention lower cost) of Android phones makes them ideal business phones. That said, the competition is close and you can’t really go wrong with buying either an Apple or Android device. Make sure you discuss your mobile device needs with your IT outsourcing company. They will be able to advise you on any specific requirements of your network or operations software.

Which is the best smartphone for your business?

There is no one-size-fits-all answer to ‘What the best smartphones are for my organization?’ If you rely heavily on Google’s suite of services, then an Android device for your employees is a no-brainer. However, if you are entrenched in Apple’s ecosystem, iPhones will be the better fit.

Our IT support team works with small and mid-size businesses to configure both Androids and iPhones for their operations.

Still not sure if you should go for iPhones or Android phones for your business? Give us a call and we’ll give you a detailed breakdown of the cost of acquiring and managing new devices and whether iPhones or Androids are the better fit for your organization.